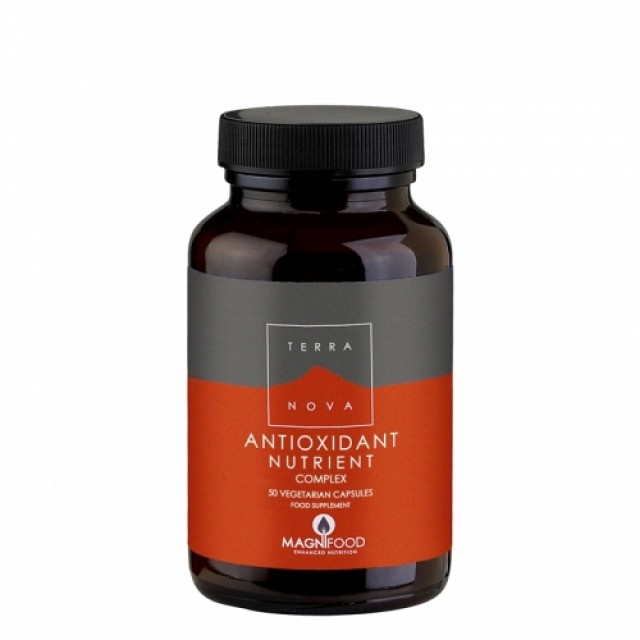 Antioxidants are important health factors, and some studies show that they can be effective in preventing the development of some types of cancer and heart disease.

This wonderful supplement is enhanced with a unique synergistic complex of enzymatically active components and phytonutrient-rich foods, many of which are freshly freeze-dried so that they are maximally absorbed by the body.

- Stabilized rice bran (contains more than 100 known antioxidants, including Tocotrienols, Tocopherol, Alpha Lipoic Acid (which also recycles antioxidants such as vitamins C and E), coenzyme K10). It has also been shown to possess the activity of the antioxidant enzymes super oxide dismutase (SOD), rhubarb and catalase.

- Barley grass (Barley grass is a source of great antioxidant activity of the enzyme superoxide dismutase (SOD), as well as antioxidant vitamins, minerals and carotenoids)

- Asai berries (Acai is one of the largest ORAC (Oxygen Radical absorption capacity) In fact, a 2006 study reported that Acai had the highest ORAC value of superoxide radicals compared to plants previously tested.

- Blackberry fruit (Blackberries are one of the largest ORAC and a powerful source of flavonoids.

- Pomegranate seeds (This fruit contains a number of antioxidant compounds such as punicalagin, anthocyanins, catechins and carotenoids)

- Kale leaf (Kale is a good source of many antioxidants, carotene and sulfur)

-42 %
INFRARED THERMOMETER XL-F03
XL-F03This thermometer is able to measure your body temperature to see if you have a fever, simply by pointing at your forehead. It's safe and accurat..
2,899.00 RSD 4,999.00 RSD
Add to Cart
Add to Wish List Compare this Product
Buy Now Ask Question
Quickview