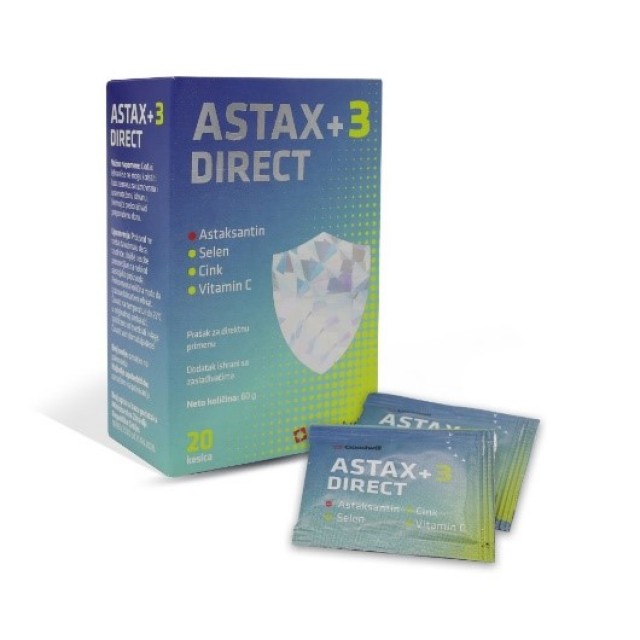 • One of the strongest natural antioxidants

• A completely natural ingredient formed by synthesis in microalgae. The main source of Astaxanthin is the microalgae Haematococcuspluvialis. Humans and animals cannot synthesize astaxanthin, but ingest it through foot.

• It belongs to a group of natural pigments (orange-red pigment) called carotenoids. Astaxanthin is found in salmon, sea crab (krill), quail, shrimp, lobster and it gives a pink color to meat or shells.

ASTAX + 3 DIRECT contains astaxanthin which is obtained as highly purified from the microalga Haematococcuspluvialis (a natural source with the highest concentration of astaxanthin) which is grown in completely unpolluted desert areas with the exclusive use of esolar energy as energy.

The role of Astaxanthin in the body is multiple:

• increases skin moisture and elasticity and slows down aging

• increases the number and quality of sperm

The antioxidant effect of astaxanthin in obese, smokers, menopausal women and athletes in all groups was especially investigated, and its high antioxidant potential was shown.

Melt the contents of one sachet directly in the mouth. Take once a day.